Welcome to Holy Monkey Forest, Sangeh, and a 14 hectares homogeneous Pala (nutmeg) forest, in habited by hundreds of tame monkeys. The trees cannot be found on any other part of Bali and their existence in this village remains a mystery. This is the biggest and the first monkey forest introduced as a tour­ism resort in Bali. The high Pala trees shade a mossy temple of

Bukit Sari amidst the forest. It is a Hindu temple heritage by Mengwi Kingdom, which was build, in the 17th century.

Is located in Mengwi District and about 45 minutes from Denpasar Town. First stop during Bedugul Tour is visit this temple at Mengwi regency. This temple is designed with Bali architecture, the form this temple building is also owns separate unique with up to 10 storeys . Taman Ayun Temple is built on the flat land with big fish pond surround it and it is looked like adrift on the water. Taman Ayun Temple is also considered to have historical values, which makes the regional government of Bali suggests the UNESCO in 2002 that this temple is included in World Heritage List.

Ulun Danu Beratan Temple is a temple dedicated to the goddess of the lake is Ida Batari Dewi Ulun Danu on the edge of a huge crater. The dominant shrines are Meru’s (pagodas) dedicated to the lake goddess and the gods of Mount Batur and Mount Gunung Agung, the largest volcano in Bali. The temple located in the north Bali islands and was built in the 17th century in worship of the main Hindu trinity, Brahma-Vishnu-Shiva, as well as the lake goddess, Dewi Danu. The sight location on the Northern Bali islands and cool atmosphere of the Bali uplands have made the lake and this temple a favourite sightseeing and recreational spot as well as a frequently photographed site

Tanah Lot Temple is a Balinese Hindu temple on the rock located in the middle of sea. The word of Tanah Lot is consisted of two words that are Tanah word interpreted as a reef looking like gili or isle. Lot or Lod word has meaning the sea. So Tanah Lot is meaning the small island floating on the sea. Near the temple there is holy snake which local people believe if the snake guard the temple from bad influence. We can view this temple from several spot points with spectacular view of the ocean and sunset. We will find the temple a drift on the seawater when the water is going tide because this temple will be surrounded by the seawater.

Proceedings of APMediaCast2015 has been published on IEEE Xplore : 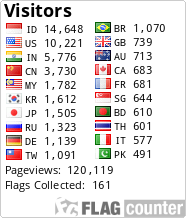